Green Tea is made from the leaves from Camellia sinensis that have undergone minimal oxidation during processing. Green tea originated inChina, but it has become associated with many cultures throughout Asia. Green tea has recently become relatively widespread in the West whereBlack Tea has been the traditionally consumed tea.

Green tea has become the raw material for extracts used in various beverages, dietary supplements, and cosmetic items. Many varieties of green tea have been created in the countries where it is grown. These varieties can differ substantially due to variable growing conditions, horticulture, production processing, and harvesting time.

Many claims have been made for the beneficial health effects of green tea consumption, but they have generally not been borne out by scientific investigation; excessive consumption is associated with some harmful health effects. 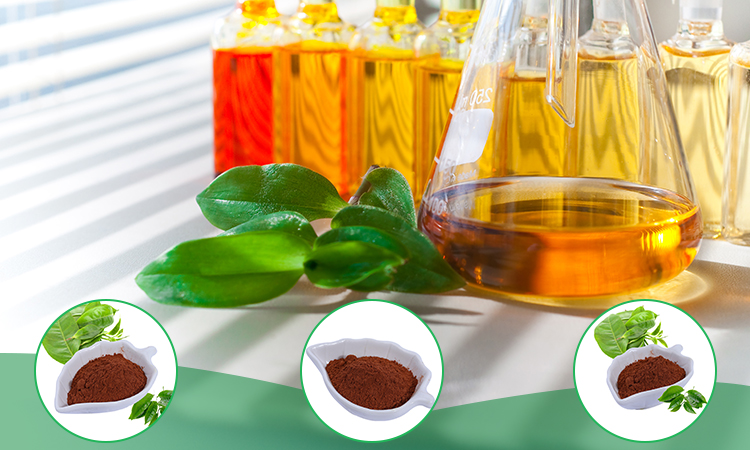 Tea is the leaves of plant Camellia sinensis Kuntze, Theaceae, mainly grows in China, India, Sri Lanka, Kenya, etc. Tea can be divided into Green Tea, Black Tea, Oolong, White Tea, Yellow Tea and Sable Tea based on various processing techniques. Among them, Green Tea contains several active ingredients such as Catechins, Theanine and so on. 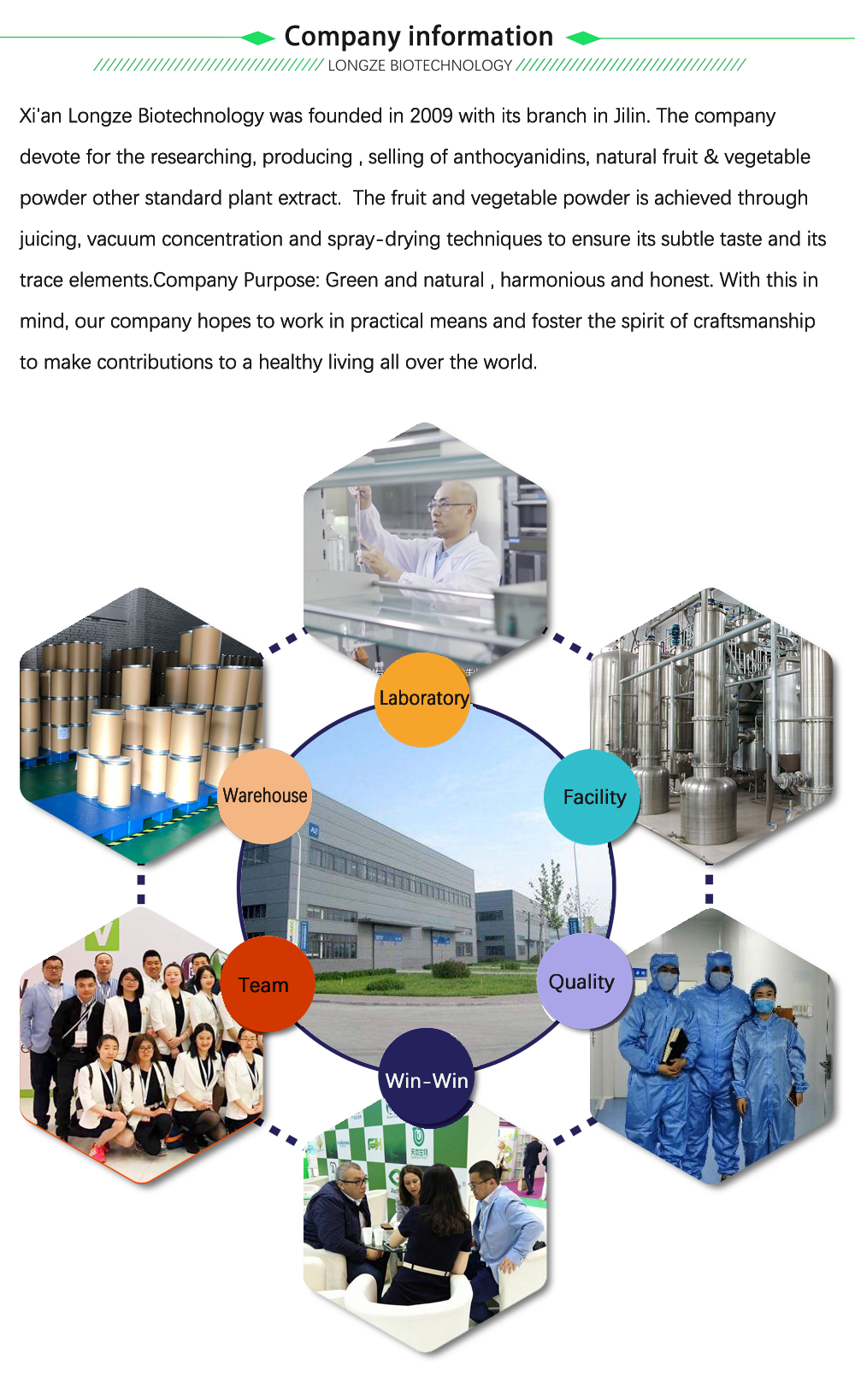 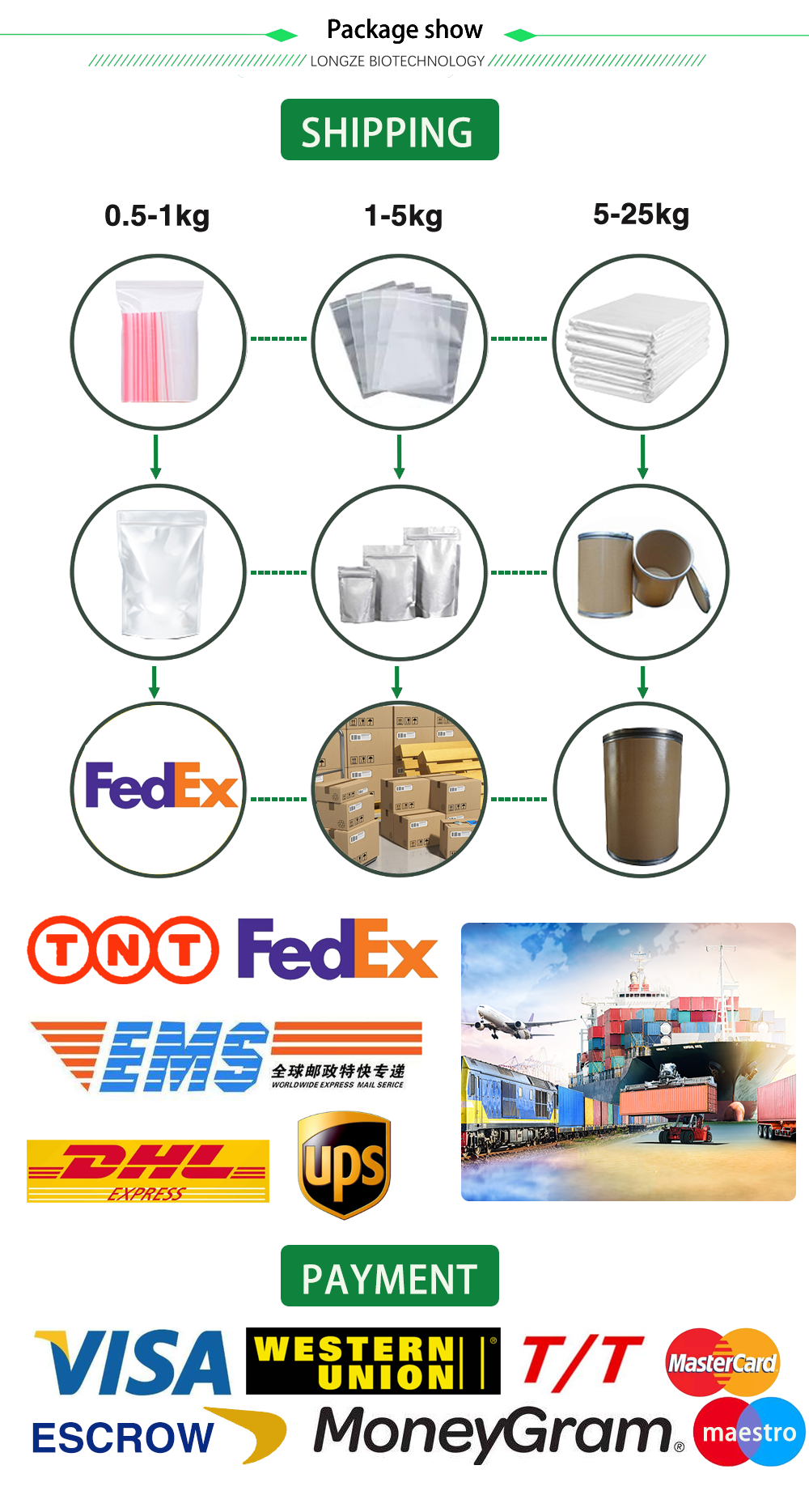 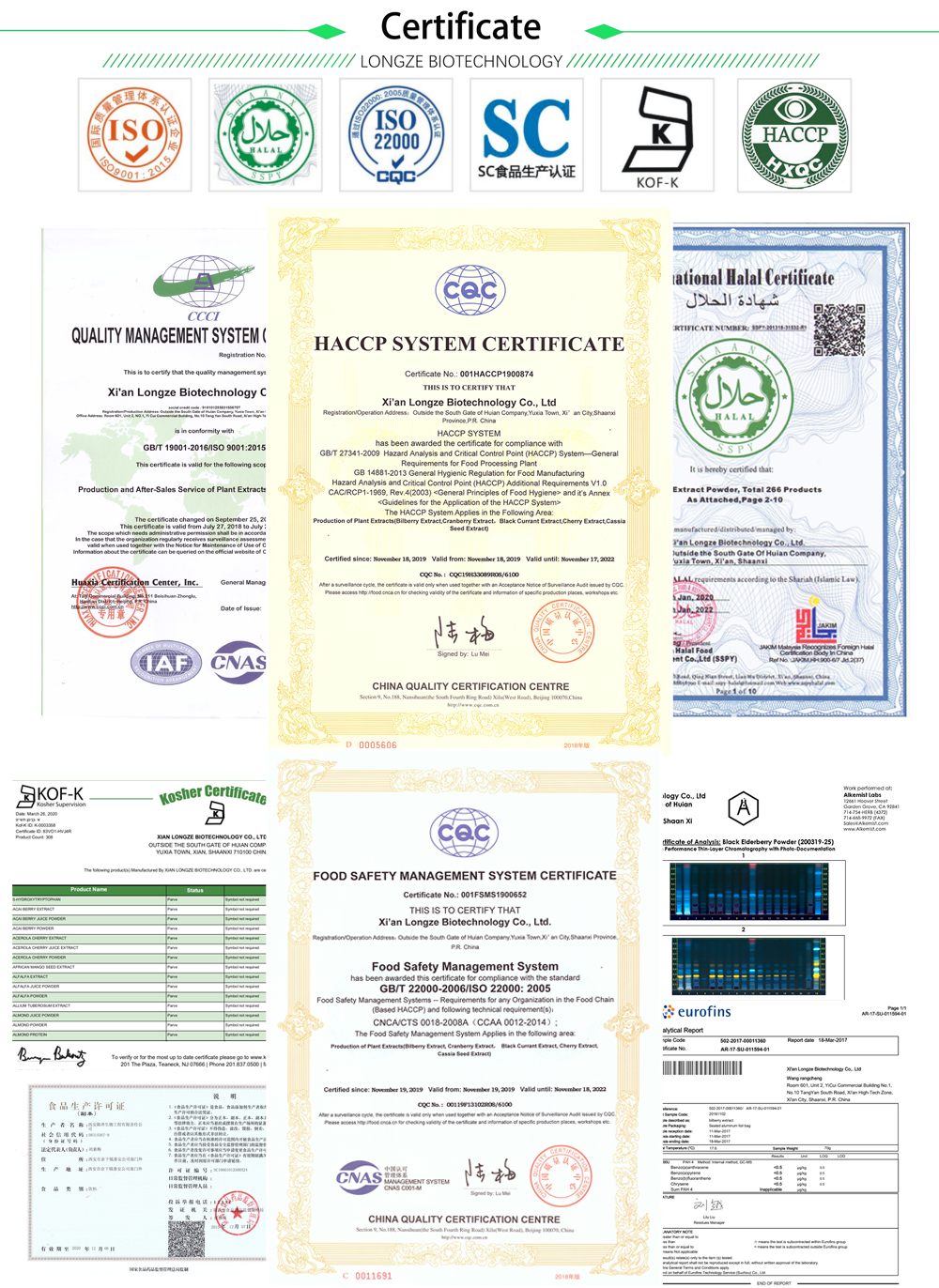 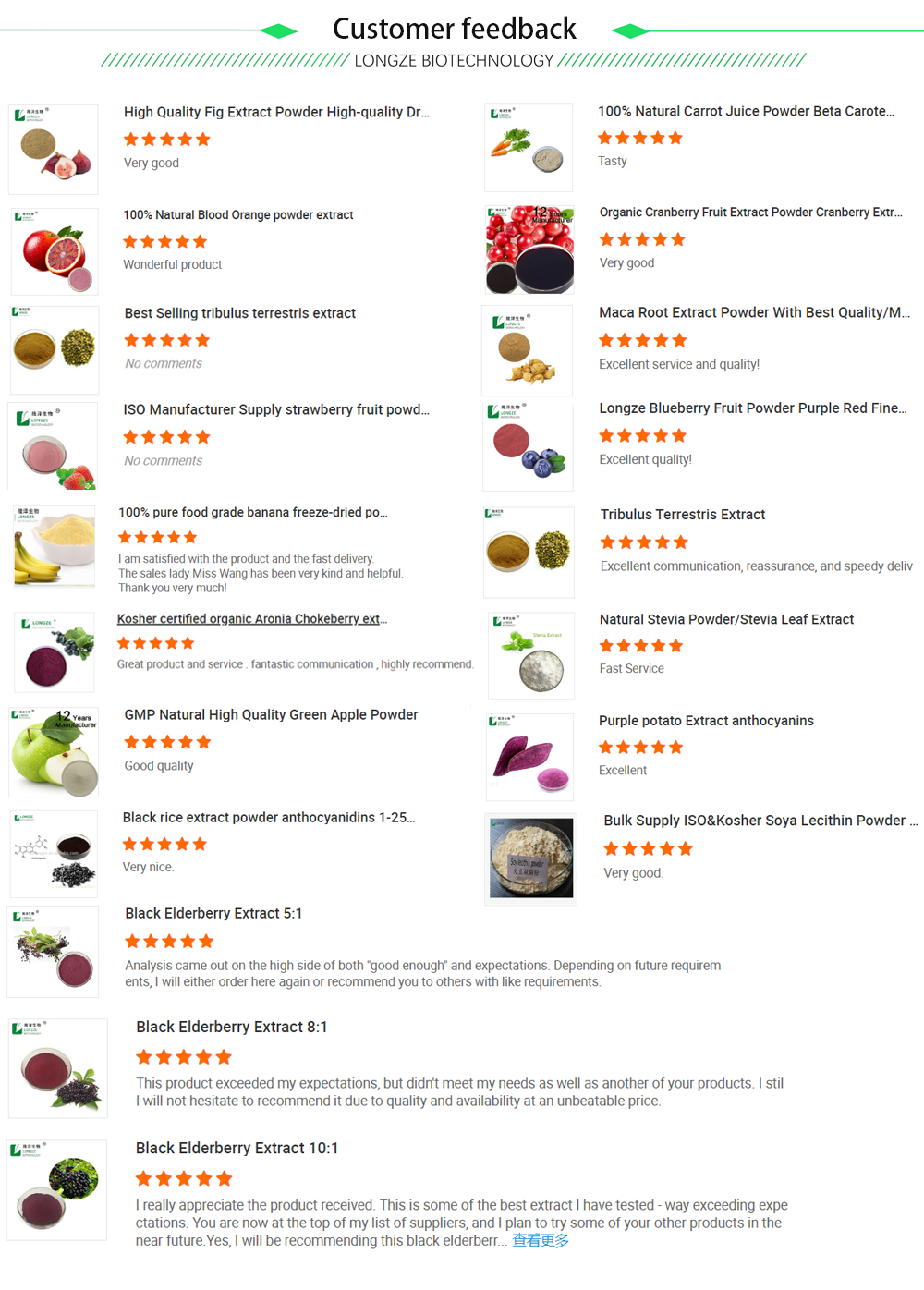 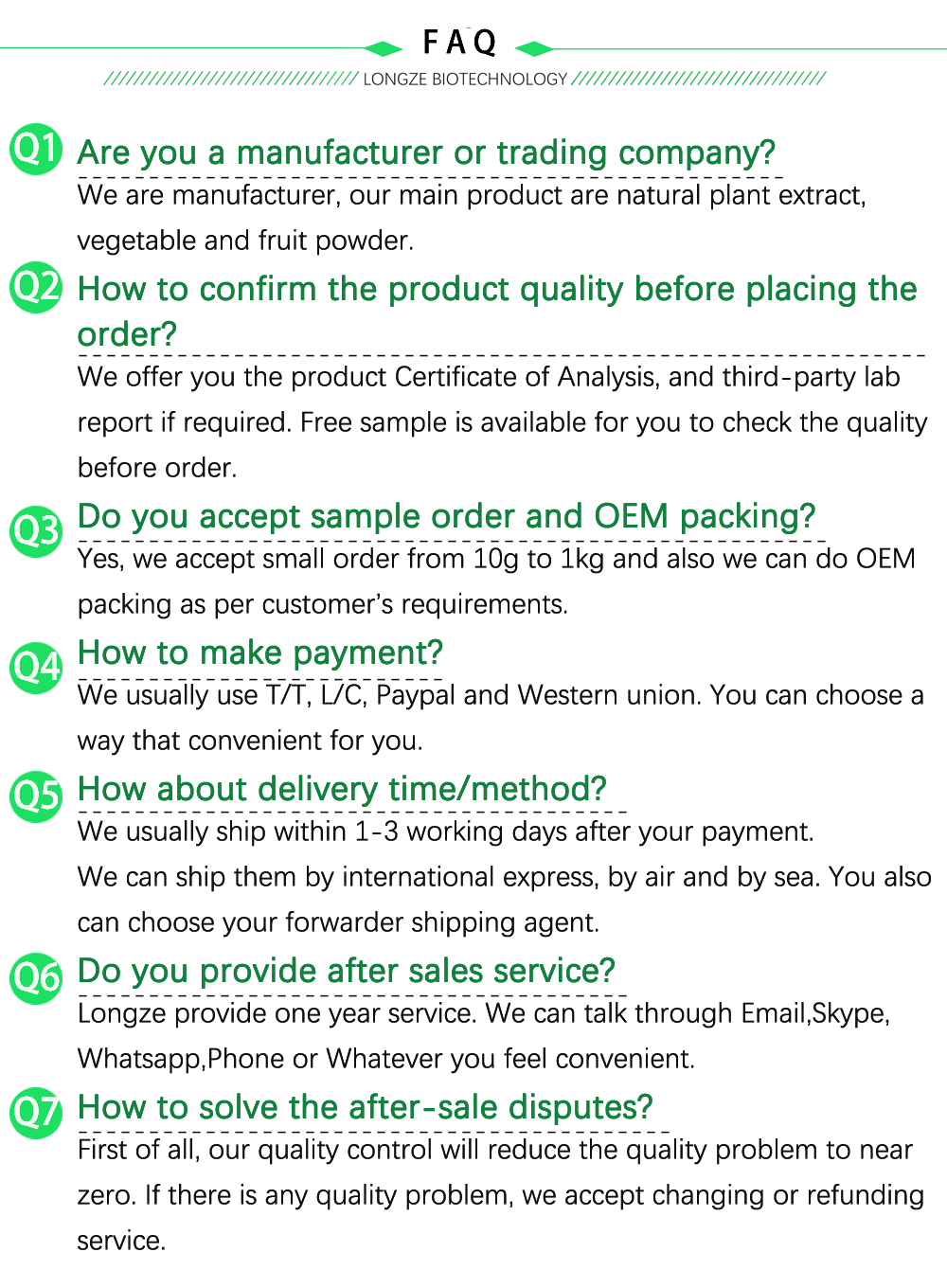 Xi'an Longze Biotechnology was founded in 2009 with its branch in Jilin.
The premium raw materials that the company uses are derived from treasure houses of various botanical resources which are mostly found near the mountains like Baekdu ,Great Khingan , Lesser Khingan, as well as, Qinling.
In 2015, our company response to the national policy of poverty-alleviation positively. We cooperated with the local farmers in Jilin province, and established the planting base for Blueberry and Purple Corn, which is devoted for the researching, producing , maketing of anthocyanidins, natural fruit & vegetable powder other standard plant extract.
To warrant the diversity of our products, our company imports a mass of raw materials like European Bilberry, Cranberry, Elderberry , Acai Berry and Black currant internationally.
The fruit and vegetable powder is achieved through juicing, vacuum concentration and spray-drying techniques to ensure its subtle taste and its trace elements, With zero artificial pigments like spices or essence added during the process.
Moreover, the company has gained certifications from ISO9000, ISO22000, HALAL, KOSHER and SC. Our products are widely used in food, beverage, make-up, medicine and health care. Company Purpose: Green and natural , harmonious and honest. With this in mind, our company hopes to work in practical means and foster the spirit of craftsmanship to make contributions to a healthy living all over the world.

Email to this supplier